An Air India express plane with over 100 passenger onboard crashed landed in Kozhikode airport in Kerala, reported the ANI.

We are shocked and pained by the tragic crash of the #AirIndia Express aircraft that overshot the runway in Kozhikode.

We pray for the safety of the 191 passengers and crew members.https://t.co/M1OfBD0NLB

Death toll in the Dubai-Calicut Air India Express flight accident rises to 16, according to police sources 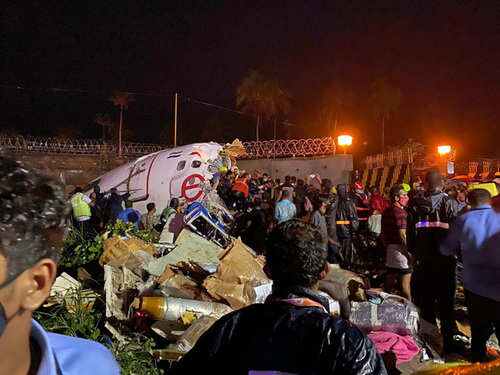 Crash site of Air India Express flight from Dubai to Calicut. May god have mercy on all those who were on board. Sad sad day. pic.twitter.com/wcUYtOHepF

18 people, including two pilots, have lost their lives in the incident. pic.twitter.com/r1YRiIkbrM

How To Add CDATA Section in XML using ESQL

Ok you have done something with your queue manager , either you have changed some params or you have tried to kill it by using kill command or may be you have done something unknowingly and getting above error message. so here is how to fix this. You are having problem with your user id which was registered with Queue manager. fix it. setmqaut -m <QM Name> -t q -n SYSTEM.DEFAULT.MODEL.QUEUE -p <user id> +inq +browse +get +dsp QM Name - Your queue manager name where you are trying to connect from MQ explorer or from RHFUTILC or RFHUTIL User Id - user id which you are using to connect to Queue manager or basically user is where you are running your client ie. it may be your system user name.